Have you ever read Miss Day’s Bared to you? If so, you’ll love these short stories. If not, it’s a great introduction to Miss Day’s work.

This story is kind of a shorter, more light-hearted version of her Crossfire Series, just with less sex and Over Top Drama and shorter than any one of those books.Great for a light-hearted Summer read.

This is a fun easy read that explores the question of ‘can a man and women be just friends?’.
The author has a light style, very easy to read and follow. The plot is a tad predictible, there in that we can already guess what is going to happen, but if that was a bad thing the movie industry would barely be a memory now lol. The characters have easy chemistry and have the classic odd couple dynamic of the player and the bookworm who doesn’t know she’s a stunner. They are the platonic roomates who are almost siblings but strictly just friends. Then after a break up and a night drinking, a single question rocls their world. ‘Can you teach me to have casual no strings or emotions sex?’

My only real issue with this book is that their isn’t a great deal of sex. For the most part the steamy scenes are entirly glossed over. Not a book to read if you’re looking to get hot and bothered, but if you want a fun rom-com that if made into a movie would feature Katharine Heigel and Gerad Buttler, then this is the book for you.

If you the movie then there is a 50/50 chance you’ll enjoy this. For the most part, the story is the same, but the action scenes have been largely watered down.
that being said, if you’ve read Alan Dean Foster before then you know what to expect. More science than flow. And the character’s are all prone to largely overdone speeches that I for one find difficult to believe likely.

I never thought this would happen but i have now found an author i cannot read and enjoy. In this case infact, i can barely even finish.

Tom Clancy is the first author i have ever black balled and will be removing all his books from my collection.

It’s rather ironic really, as i have enjoyed many of the games inspired by his books, as well as some of the movies. But after trying to read both of the above novels i’ve decided it’s time.

The problem i have is his books just feel like propergand against the Communist/ Marxist party. One of his novels even his IRA soldiers/ Collumbian Drug Lords with Marxist leanings. Given that he sprung to fame in the 80s when the cold war was still frosty it makes sense but I was born in 1990, the cold war means nothing to me but a plot wheel in old movies.

His characters are arrogant beyound belief,and Petty. So Petty. If these had been real people, World War 3 Would have started.

Also somewhere along the line Jack Ryan will give a speech.

What action there is lacks punch and tension.

And of course, whatever happens, America always has overwhelming superiority.

All of these things just graite on me, so for my own enjoyment, i’ve decided it’s time to put this author away. When i want fantasy, i read George RR Martin.

I’m Afraid i couldn’t finish this.

Penelope Ward has an interesting style and her time jumps reveal the back story rather nicely. However the plot of this book just struck as over the top and unblievable from the second half onwards.

Spoiler Warning!
At first, i thought it was interesting, but after the characters have sex, Mack’s ex barges in and all hell breaks loose along with my interest. The ex it seems takes Umbridge to him having a lover even though it’s made very clear she’s seeing other people, and then proccedds to take their son back across the country. Forcing Mack to sell everything and follow. If that wasn’t weird enough, his estranged dad then pops by to tell him he know’s about Frankie’s past and if Mack doesn’t wash his hands of her and go back to his family, he will spread the word about it (a act that would have her and her mother killed ‘WTF!).
Spoiler End

This book wasn’t for me, hopefully the third book i read from Lady Ward will hit the mark.

Oh, and what’s the deal with the cover? Afraid i have to subtract marks for the guy with his shirt off. I know the audiance (female readers) love the sight but for me, a cover should tease at the plot. This tells me nothing and as the character generally spends his time with his cloths on, it’s more than a little inacurate. 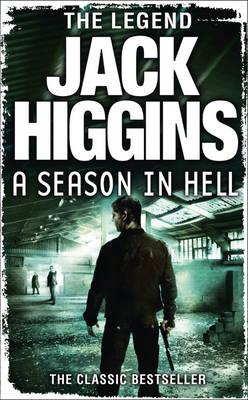 It’s books like this that are really turning me into a fan of Mr. Higgins.

True, the summary is a bit misgiving. I was expecting a dark and gritty story of a former SAS soldier now working as a assasin, dealing bloody vengeance to the mom who murdered the stepson of a wealthy American Woman.

No, this book has a lot more heart than that and is gripping from the first page to the last. The only reason i have given it a 4 star opposed to a 5 star is because i wanted to see a showdown, the minibattle of the two hired guns going head to head. How Mr Higgins handed it instead was thrilling all the same but it’s not the same.

The writing style is quick and easy, the characters while not exactly deep or hampered with growth, are endearing. Forget, Custler, Clancy & Ludlum. This is the perfect example of why Jack Higgins is the master of adventure and action.

So as some of you might be aware, i have previously mentioned i’m thinking about writing a saga of DBZ Oneshot fanfictions Revolving around Videl geting in various situations with the majority of the Z Fighters.

I had the idea today that perhaps the series could end with a story inspired by this old PBX Pic.

I’ve always wanted to put a story to this pic. Of course based on the surroundings i’d say I’d probably set it at the Party at Capsule Corp. But Lets have a little fun, what story does this pic bring to your mind?

I’ll never claim to have much of a hand at cover design but that doesn’t mean i won’t give it a try. What do you think of my mock ups for the short-story ‘Together in Sydney’. It’s still only on the planning board but it’s one of the two projects i’m toying between starting.

This is the Other, A PNR Vampire Short-story.

As i said i can’t decide between the two, any thoughts?

I should als add these storys will not interupt  my Fanfiction plans. The next will be started as soon as i finish my Current. Honestly, I cannot wait to start…

Well i know i’ve been silent for a couple of weeks so too make it up to you, i thought i’d give you a peek at all my current planned projects (Outside of Fanfiction). You see, almost as an experiment, i knocked together a cover about a month ago and since then have been playing with a few for my WIPs. What do you think? 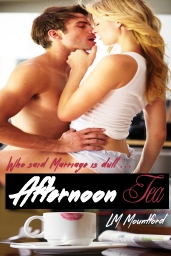 Welcome to my blog, though i no longer writer under DarkInferferno, except for in my fanfics. It is the new, because the old was unfortunatly corupted with a redirect that i couldn't dislodge. It's annoying but time waits for no man so here is the new.