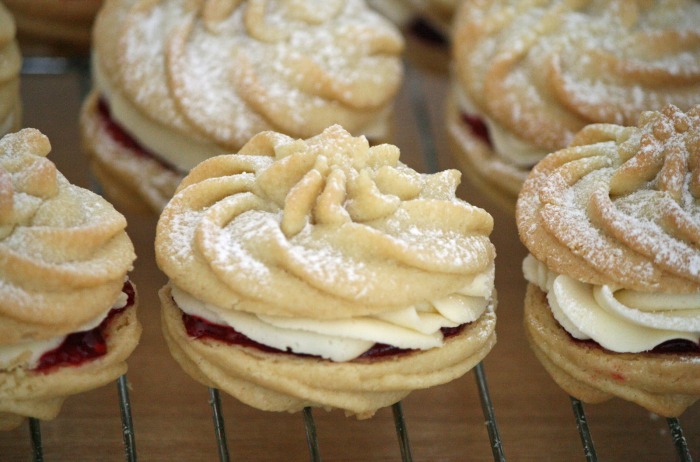 Hi everyone, hope you had a great christmas 🙂

Just fishing for thoughts on the opeing of my new shortstory submission for eXcessica’s valentine’sday submisssion 🙂 What do you think?
The sizes were not quite exact. There were flecks of jam dotted here and there. And some of the butter cream had spilled over the edge when they’d been pressed together; but all in all, she doubted she had ever made a finer batch of Viennese Whirls.
“Now that’s what I call a proper tea time treat.” Beaming, Racheal turned her eyes up from the biscuits to face the bank of webcams on the other side of her kitchen. There were six in-all. Each strategically arranged on a collapsible rigging to provide the best shots of the long island worktop. The cams buzzed with life, their inbuilt motion sensors detecting her motion and refocusing. “And these are great for sharing with friends over a brew, or if you just fancy something to nibble on as you go about the house.”
It was a loosely rehearsed speech she’d been agonising over all morning. A mesh of facts, quips and banter she devised before any show to pick and mix as she saw fit in the moment and, coupled with her delicate beauty, pouting lips and soft emerald eyes framed by honey blond tresses, helped to endear her to her audience.
With a twist of her lips that boarded on devilish, she plucked a biscuit from the plate and like a connoisseur pondering and savouring a fine vintage, exaggerated a long, deep breath. There was very little of the freshly baked aroma. It had been all but spent in the time it had taken her to perform the delicate operation to cream and sandwich the two biscuits together. Fortunately, the treats were still warm and the fruity bouquet of strawberry and blackberry jams wafting round her nostrils was more than enough incentive to have her sighing a low, delectable sound for the cameras. As dad says, what the eyes don’t see the chief gets away with.
Biscuit crumbled as she bit into it, cream coating her tongue. Though the measurements she’d quoted for the camera were the generic quantities, this recipe was one of her own. And it was very nice, but there was too much butter. Nearly there, she observed while chewing, maybe swap 20gs of butter for sugar, with perhaps two teaspoons of cinnamon to compliment the buttercream. There was still plenty of time. Her new book’s deadline wasn’t until the beginning of May, that still gave her two months to work out all the little kinks.
She swallowed, plush pink tongue darting out to collect any lingering traces of the buttercream. “Like most cakes these are best eaten on the day you make them but will last for two or three more if properly stored.” As she spoke, she placed the half-eaten biscuit onto a piece of folded kitchen paper, then reached underneath to trigger the remote control hidden underneath, activating the cam’s shutoff timer.
30, 29,28… Mentally mirroring the countdown, she continued, carefully picking up the plate of Viennese whirls and holding it up for the cameras to focus on. She pulled a broad smile, praying there weren’t crumbs in her teeth “Make that special person in your life a few of these and they’ll be putty in your hands.” 17,16,15… “But I’m afraid that’s all for today my lovelies.”11,10,9… “Thanks for tuning in and until next week, I’m Rachael Hart and this is- no!”
When her internal countdown reached nine, the cams abruptly died, cutting her off mid exit. 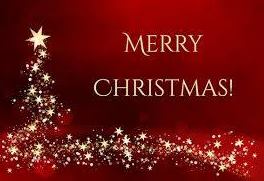 Welcome to the Second Edition of Tuesday Guest Spotlight. Last week I presented three lovely ladies to your attention whose posts you can revisit now, Felicity Brandon, Lisette Kristensen, and Bree…

Source: Be My Guest On Tuesday: L.M. Mountford has some Confessions and Sweet Temptations For You

It’s afternoon and it’s time for something hot and spicy to get you ready for the evening. In case you missed the steamy author L.M.Mountford, my morning guest, you can catch up now by …

Source: Be My Guest On Tuesday: R.A. Robbins & L.A. Carey Invite You To Cougar Camp 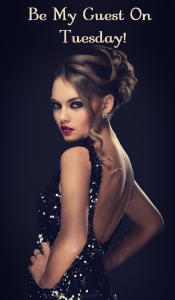 Now, Meet L.M.Mountford, known under the FanFiction.net penname Dark Inferno. His work is not for the faint of heart and those easily offended by harsh language and graphic sex. Still, if you are excited by the idea of menage, dubious content, filthy sex and shameless seduction Mr. Mountford might be just the author you were looking for. Have a taste of his two works, currently available on Amazon and other retailers, Confessions and Sweet Temptations.

Ok, it’s been suggested to me that 2018 could be the year of Titanic fiction. Does anyone else think this is likely? I only ask because i have a story idea set on the doomed ship. Nothing too remarkable i’m afraid, just the usual romance between an errant lordling fond of scandalous living and a 3rd class girl on the run from thugs going to the new world trying to start a new life, thrown in with a bit of sex and violence. 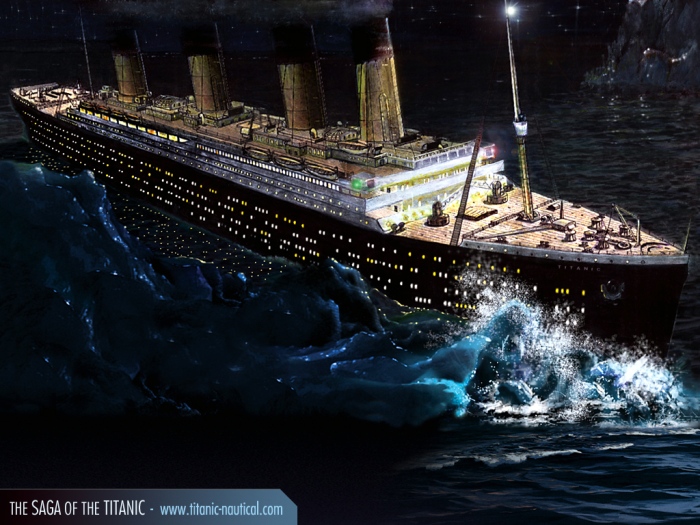 In other news, I’ve just had a fanfiction idea, not DBZ but  rather based on the new Teen Titans movie. I’m not really a comic book nut but i loved the Warner Brothers Cartoon back in 2002 (14 years ago when i was only 12, why doesn’t it feel so long?) and when i heard about the new movie that was released earlier this year i had to watch it. That got me into the WB animated movies and while watching Batman Badblood i suddenly had an idea set several months later where Raven and Damion where coming back from a date and begin to get intimate but realise they have no idea what to do. Embarrassed, they ask Dick and Kory (separately). Dick glosses over it but Kory has another idea and invites the kids to ‘watch’.

When Raven tells Robin of Starfire’s plan, he is initially disgusted by the idea but is determined to master the ‘skills’. Sneaking into their instructor’s room,   the pair use raven’s cloaking powers to hide in the corner while star and an knowing nightwing come in at the end of a date night and have sex in front of them. After Starfire announces the kids can come out know. Dick is shocked and confused by the revelation but when Star tells him the next stage of her plan to educate the kids, he’s horrified untill she asks if he’s worried his little brother will be a better lay than him. Damion makes an off hand remark that the son of Bruce Wane will always surpass the sidekick. Though he knows they are trying to goad him, he can’t help the challenge. This leads to him shagging raven and starfire robin, before the teens have their first time together.

There are a few rough edges that need to be worked out i know, and i’d like to somehow work in a Starfire raven scene after seeing a pic or 2 that were quite inspiring lol, but that might also require a dick and Damion scene and that’s a little out of my comfort zone. 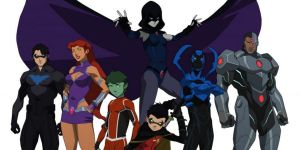 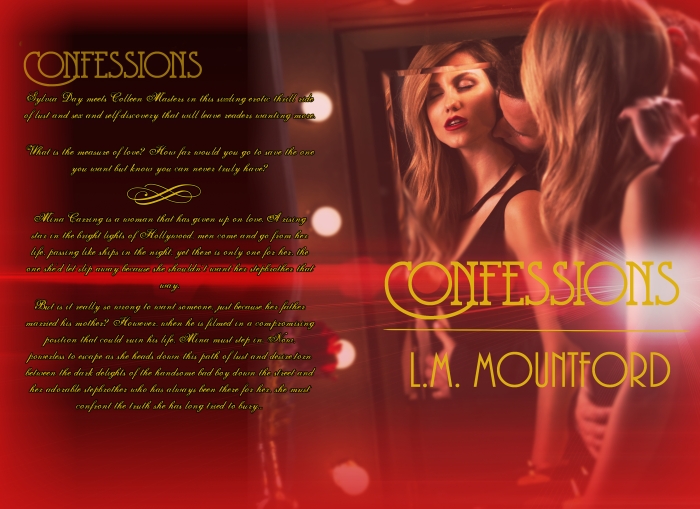 I cant believe i’m really thinking about it but i am so i might as well see where this leads…
I’ve just drawn up a rough idea for a sequel to Confessions, set 2 years later where Mark and Mina are conducting a secret affair. She’s engaged to josh but it’s now nothing much more than a sham for their careers.
Then one day, she receives an email with a blackmail photo attached and she and Mark contacted Daniel, now a PI, first suspecting him and then asking him for help to find the culprit.
So it’ll be a menage dark romance/fiction. I’ve got some murders thrown in, a touch of gun play, I can’t decide who the villain will be tough…

Welcome to my blog, though i no longer writer under DarkInferferno, except for in my fanfics. It is the new, because the old was unfortunatly corupted with a redirect that i couldn't dislodge. It's annoying but time waits for no man so here is the new.